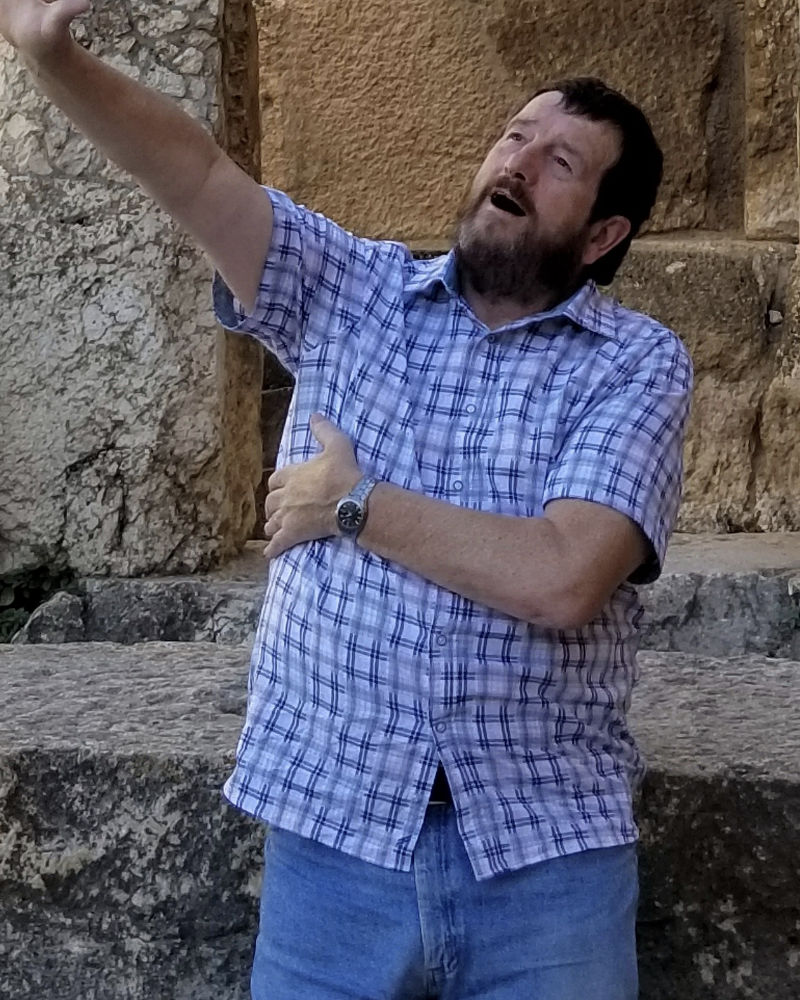 John has adjudicated on the circuits in Ireland, Scotland and Canada for over thirty years, officiating at all levels, twice at the All-Ireland Finals in Athlone and once at the finals in Scotland and also of late in Canada.

Indeed, it was at Athlone as far back as 1978 (yes, he is that old!) that he directed the winning production which springboarded him into the professional field on an Arts Council bursary to the Abbey Theatre.

He joined RTE as a Radio Drama Producer and rose over the years to the position of Managing Editor of Features and Arts. In the 90s, he spent four years living in Switzerland where he worked as Head of Specialised Progamming with the European Broadcasting Union.

Through all this time, he kept his connections with amateur and professional theatre in Ireland and he can count on the fingers of one hand the festivals which he has not yet adjudicated. He lives in hope of completing the full set!

He now has his own professional theatre company in Ottawa, the capital city of Canada with which he has produced and directed nearly thirty plays since his arrival, besides working for other companies in the city. For four consecutive years he was nominated by the Critics as Best Professional Director and won the award outright on two of those occasions.

He is a friendly animal and answers to the name of John!

John P. emphasises that he does not charge full airfare for travel to Ireland.

All Ireland Confined Finals at Claregalway, 1989